Many people find themselves in traffic court at one point or another in their lives. We live in a mobile society, where driving is a part of daily life. Traffic violations and offenses pose the risk of tarnishing your record, costly fines, and restrictions that make getting around or performing regular tasks difficult.

The Law Firm of Scott S. Ives handles hundreds of traffic cases in Fairfax County court every year and we average several cases in Fairfax each week. We are familiar with the full time and substitute judges and can help tailor your defense to ensure the best results possible.

While some traffic violations or tickets don’t necessarily require legal representation, it’s a good idea to get a consultation with an attorney for anything you aren’t sure about. Don’t take a chance with your driving record and future ability to stay on the road. Set up a free traffic law consultation today to learn about your options. 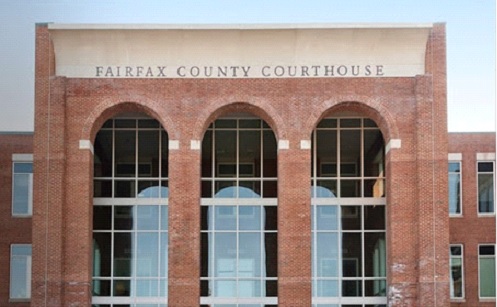 Many people don’t know how to handle traffic violations or infractions when they occur and make the mistake of thinking that they should just admit guilt, pay a fine, and try to move on and accept the consequences. What many people don’t realize is that doing so has major consequences and indicates accepting guilt. Paying the fine might seem like the easy thing to do but doing so is an admission of guilt and your insurance company can use this admission to raise your rates.

Additionally, this admission of guilt can stay on your driving record for years and even impact your employment options and other aspects of life–depending on the severity. When a traffic offense or DUI has the potential to ruin your life, you should do everything possible to fight the charges or lessen the consequences. 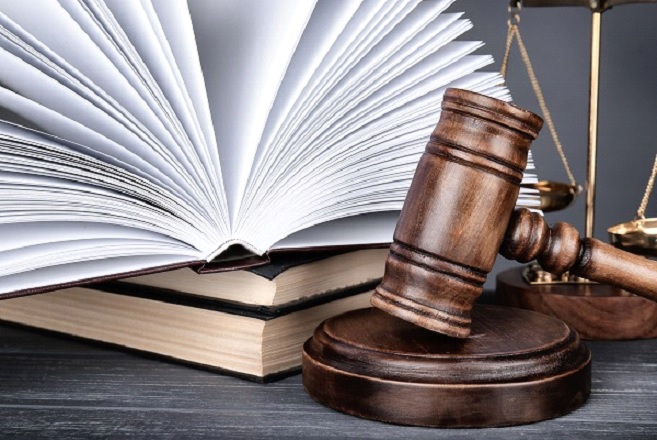 Why You Should Fight Charges

While most people tend to think that once they receive a ticket, they are guilty and must pay the fee and accept it, that is not the case. There are many reasons why you may want to fight a ticket or traffic offense, but many simply do not know how to go about doing so or that they even have the option.

There can be a number of mistakes made in the process of getting accuse of a traffic ticket, violation, or offense, some of which are with the officers or devices used to determine your alleged infraction. The truth is, officers do not always follow correct procedure, which prevents you from receiving your full rights and freedoms. At other times, scanner, radar, guns, speedometers, and other devices can be miscalibrated or faulty.

An attorney can fight for you and let you know all your options and rights, and even if you plead guilty, having a lawyer can help your case. Your end charges and result depend heavily on the degree of severity of traffic violation or infraction. You could only get hit with a fine or take points on your license, or you could lose your license or receive jail time. In some cases, having an attorney to represent you makes the difference between two outcomes, especially when it comes to keeping your license. 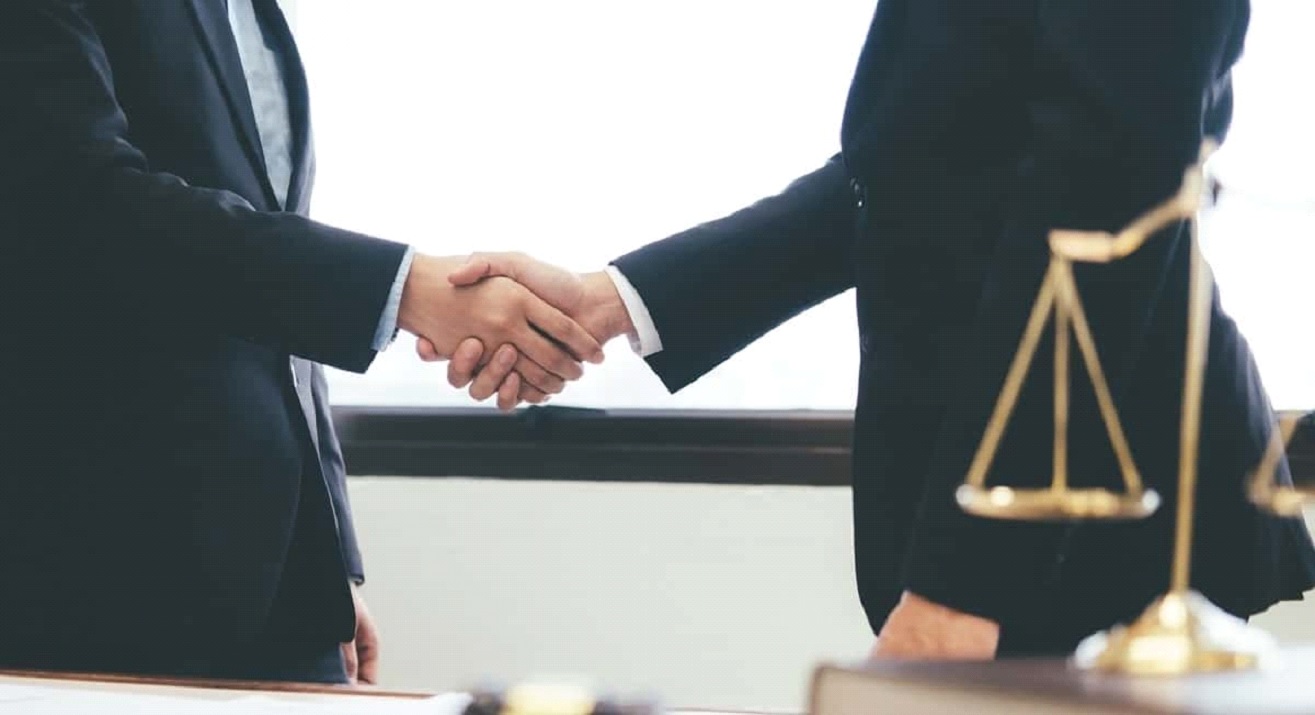 No matter the circumstances, it almost always looks better for your case if you have legal representation present. Important to have representation, event in traffic court. Many traffic offenses mandate an in–person appearance by the individual who has been charged with a violation or offense. However, in some cases an attorney can appear on your behalf.

You will have to make the decision of whether it is worth it for you to hire an attorney to represent you in court, and whether you deem the traffic violation or offense as “light” enough risk to go to court without one. Some situations may not call for legal representation, such as red-light violation or an expired inspection sticker–where the worst-case scenario is a fine or instruction to obtain an updated inspection. However, in most situations, having an attorney present looks better for your case. An attorney can guide you on how to present yourself, when to speak and how to best present your case, and what to expect from appearing in traffic court. 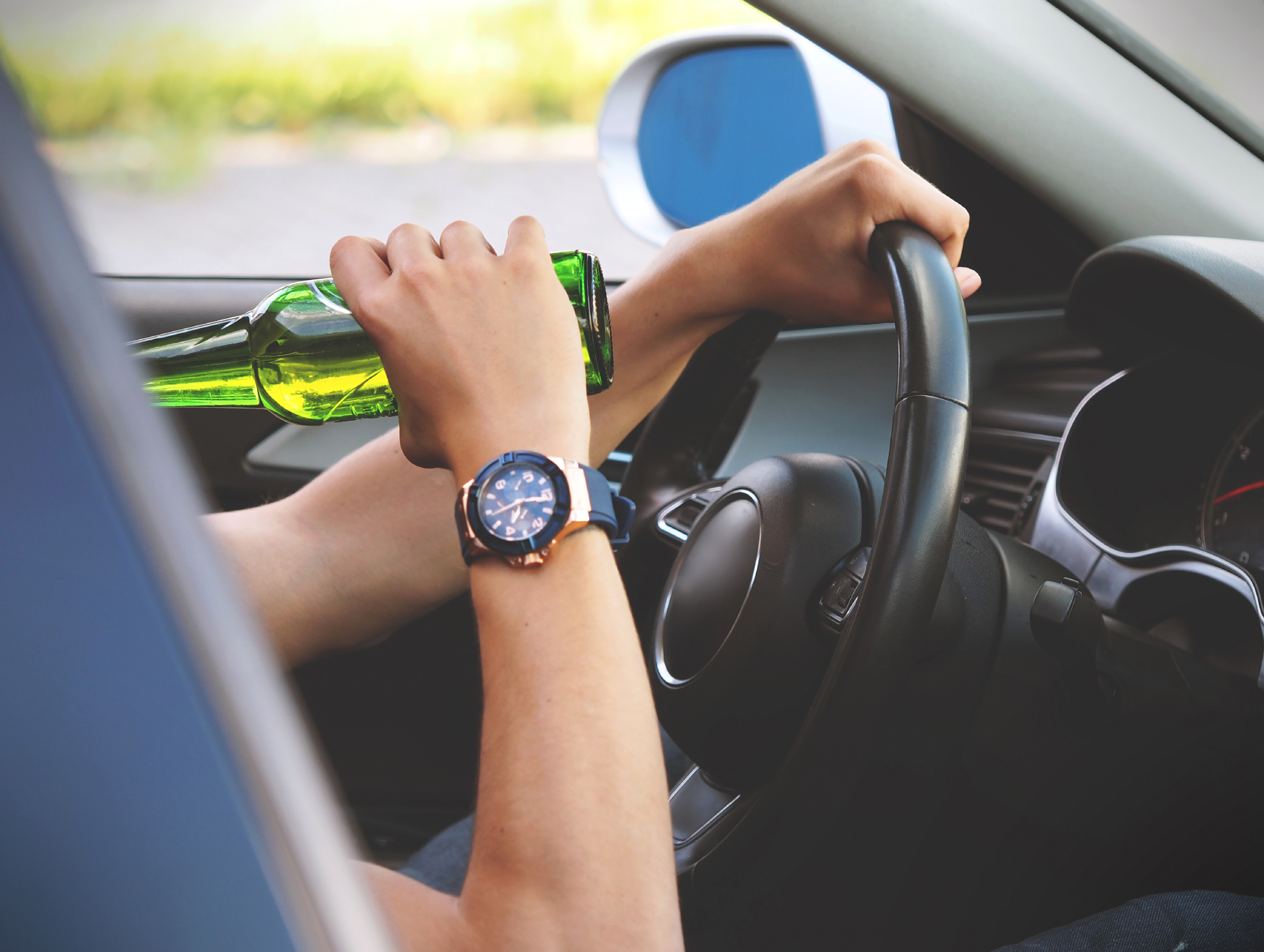 If you are facing a driving while intoxicated (DWI) or driving under the influence (DUI) charge, or if you have already had your driver’s license suspended or revoked, you should seriously consider retaining a DUI/DWI lawyer to represent you in court. DWI/DUI and reckless driving charger can result in the loss of your license for a year or more and are very sensitive cases. Keeping your license or operating under a restricted license is incredibly important for driving to and from work, school, picking up children from daycare and completing regular tasks during business hours.

With a competent Virginia attorney, you stand an excellent chance of obtaining a restricted license, even if convicted. The Law Office of Scott Ives has experience representing clients charged with DUI and DWI in Fairfax and can help you achieve the best outcome for your case. 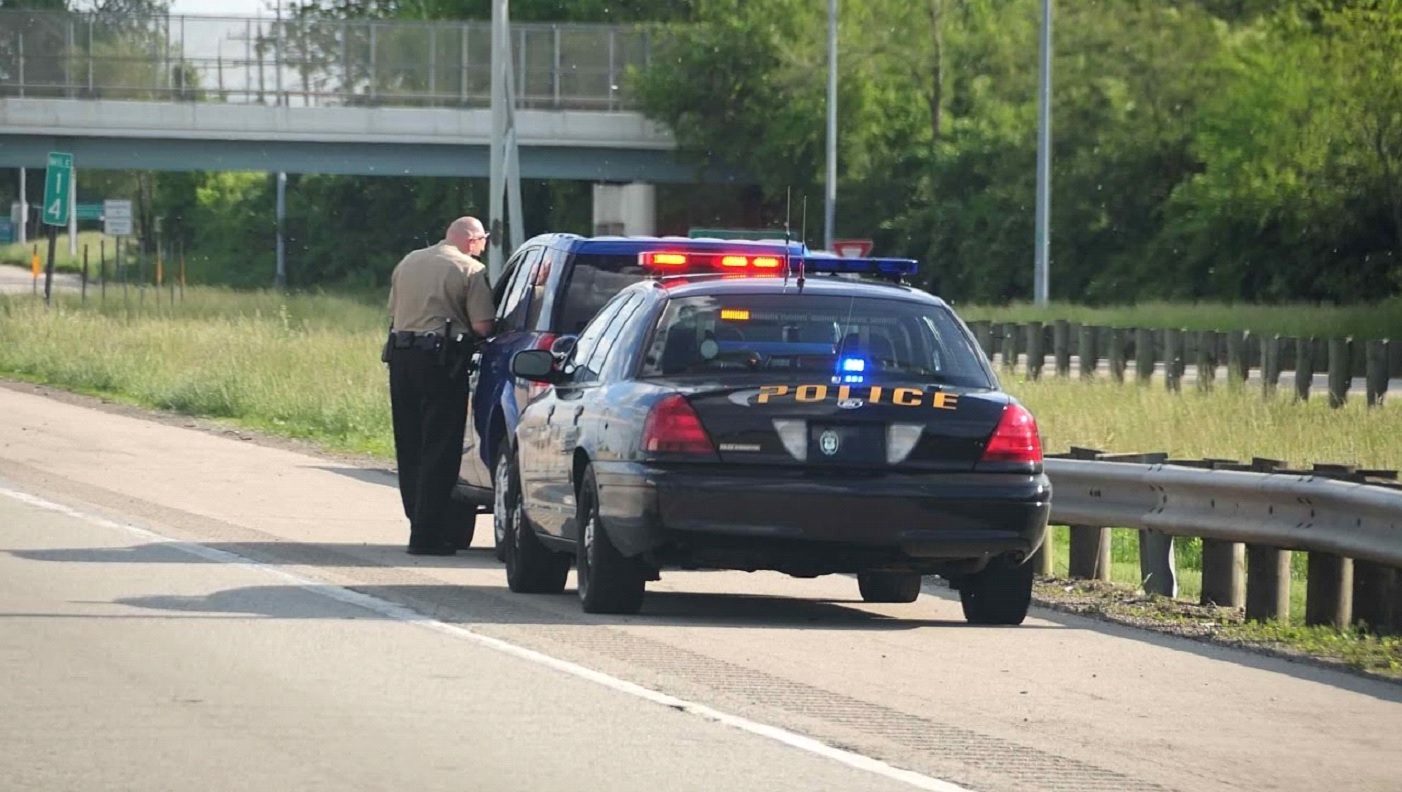 Speeding beyond the posted speed limit usually results in a ticket and fine. In Fairfax County, Fairfax City, and surrounding areas, it is considered reckless driving to drive 20 mph over the speed limit in any speed zone (such as driving at 55–mph in a 35-mph zone). Additionally, driving at or over 80 mph regardless of the posted speed limit is considered reckless driving. Driving at a speed over 85-mph poses a large risk of losing your driver’s license for up to six months and driving at higher speeds can result in jail time. If you have been charged with reckless driving due to speeding, hiring an attorney is in your best interest.

In instances of reckless driving at high speeds or that results in more serious accidents, limiting jail time or the length of loss of license is often the primary goal. We provide experienced, caring, and effective legal counsel to those charged with reckless driving. 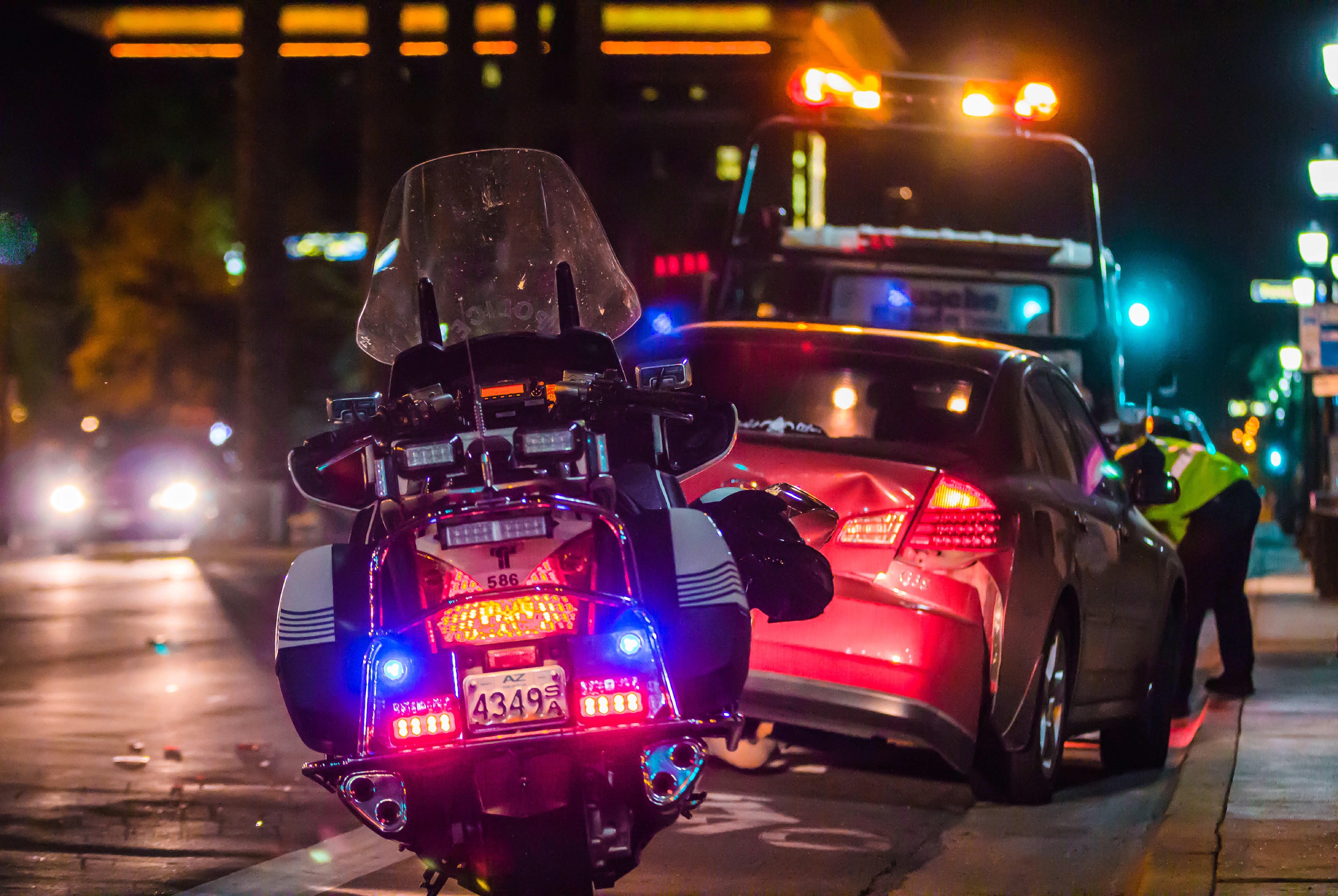 With all the congestion, traffic, and flow of people in and out of northern Virginia and Washington, D.C., there are bound to be car accidents and traffic issues. From small “fender benders” that barely leave a scratch on the cars involved to all out accidents that leave cars totaled and people in the hospital, for this area car accidents are an almost daily occurrence. Protect yourself from the possibility of criminal charges and hire an attorney to handle your legal representation and defense after being involved in a car accident.

A traffic violation or offense is more severe than an infraction and is usually considered a crime and can result in jail time and stay on your permanent criminal record. Common traffic crimes include: DUI/DWI, reckless driving, hit & run, no operator’s license, and driving on a suspended license. If you’ve been charged with a traffic crime in Fairfax, VA, it is in your best interest to hire a traffic lawyer familiar with local courts.

The Law Firm of Scott S. Ives provides experienced, caring, and effective legal counsel to those charged with driving infractions and offenses. Scott Ives has appeared before many traffic courts in northern Virginia, including Fairfax County and Fairfax City. Contact the attorneys at The Law Office of Scott S. Ives when you need a Fairfax, VA traffic attorney to represent you.

All information presented on our web pages is for general information purposes only. This information is not legal advice, and should not be relied upon as such advice. Please contact our law firm if you wish to schedule a free, legal consultation which addresses your specific legal questions.

Please also note that you have not yet established an attorney-client relationship with our law firm. Therefore, any communication made by you through this web site is not protected by the attorney-client privilege.

It is advisable that you limit your communications through this website to a brief, general description of your legal needs and your contact information.Please do not send us any confidential or sensitive information until an attorney-client relationship has been formally established.